Pledge to Vote!
Pledge to vote in this upcoming presidential election, stay informed about registration deadlines, early voting, mail-in ballots, your polling locations, and get out to vote!

GivePulse understands that COVID-19 is impacting our communities. See our latest resources to stay safe and organize events.

Idaho Chapter of the Sierra Club

The Sierra Club, founded by John Muir in 1892 in California, is the nation's largest and most influential grassroots environmental organization -- with more than two million members and supporters.  The Sierra Club has been successful in helping pass the Clean Air Act, Clean Water Action, the Endangered Species Act and the protection of millions of acres of wilderness.  Now, we are working on solving the climate crisis.

Our conservation work here in Idaho began in the 1970's with the goal of securing permanent protection for the vast wildlands of Idaho. Historically, we focused on protecting wildlands and endangered species like the grizzlies, wolves, and salmon that live there.  We helped advance Wilderness protection for the Frank Church, Owyhee Canyonlands, and most recently the Boulder-White Clouds in 2015.

In recent years, we realized just drawing boundaries around areas would not secure them from the effects of climate change. The Sierra Club is leading the charge to move away from the dirty fossil fuels that cause climate disruption and toward a clean energy economy.  This is a global problem, but the good news is that locally we can take actions that add up to making a real difference.

Beyond our traditional conservation partners, we are building alliances with people from the faith community, businesses, and people from all economic levels. We believe everyone has a voice and role to play in moving our state and communities to a carbon-free energy future and protecting the Idaho we love.

A few people you will meet... 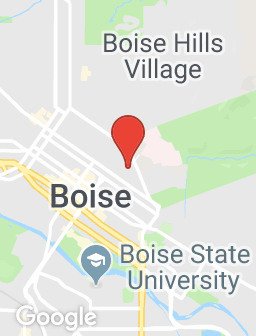